My family got together for Memorial Day yesterday, and since 2 Navy men were there, the service talk began. My mom said that she didn't know what kind of ship dad was on when he served in WWII. He looked at her and promptly blurted out "LSMR 408." I'm treasuring every detail that I can get from Dad now that he has been diagnosed with Alzheimer's, so I wrote down the info and Googled it as soon as I got home.

I didn't quite expect what I found. It seems that I transposed two of the letters (LMSR instead of LSMR), but that was a type of ship as well. After not finding a ship number 408, I realized that the other "spelling" was right. A few minutes later I was on this page. I looked at each photo, and when I made it to the shots below deck, I FOUND MY DAD IN TWO OF THEM! See??


He's the dark haired fellow squatting down in this one... 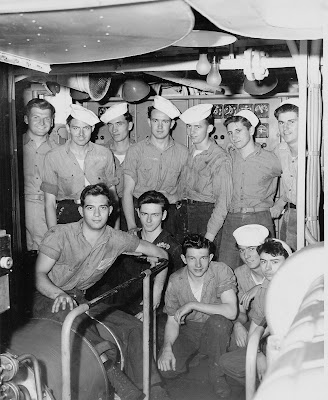 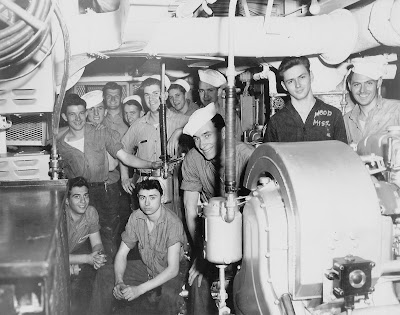 These photos were taken sometime probably in 1945, when dad was about 18. (He's 82 now.) He was on this ship on the Pacific Rim when the war ended.

If you've got any Navy ships you'd like to check out, go to NavSource and start looking - who knows what you'll find!!