This is where I'm going, and these projects are what I get to be a part of! I am so excited. Less than a month to go!!!
Kenya Update from Biltmore Baptist Church on Vimeo.
No comments:

It happens to the best of us. With each passing day, our hearts get clouded with any number of things: envy over a coworker's cushy new account, bitterness from an argument with your spouse, feeling like a failure after a struggle with your child--the list is endless.

It's just like windows. They do their job, day after day, letting the light in and keeping the elements out. And every day, they get just a little dirtier: grease from the kitchen, funk from that steamy bathroom, cobwebs, pollen...

It takes a while, but eventually all that filth builds up until it's visible on the windows, and you have no choice but the clean it off. It's obscuring your view.

Same with us.  All those daily struggles, all those feelings that we just don't want to process--they build up, until they've changed our attitude, our thoughts, our actions, into this dirty mess that really needs to be cleaned up. 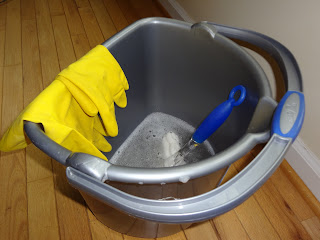 Take a minute and think: do you have some grime in your heart that you just need to get rid of? Someone you need to forgive? An attitude you need to change? Think about what it would take to remove that issue from your life, and then do it.

You won't believe how you ever saw through that grimy window once it's clean again, and when it is, you'll have a fresh perspective to see the world.
No comments:

One month from now


That means that one month from now, I will be in Kenya.

I will be in Kenya!


It's kind of hard to believe. When the thought of signing on for a mission trip charged into my consciousness last fall, I was ready to go right then. But I couldn't--it wasn't time.

So I went to the informational meetings. I filled out the application and turned in a deposit. I started telling everyone I knew, "I'm going to Kenya!"

As each day drew closer to May--the date of the trip--it seemed a little more real.

I followed Facebook posts from another team, traveling the same ground I soon will tread. I sent out fundraiser requests. I got my shots, and my passport.

Now that the time is so close, it seems almost unreal. All these months of doing what I could to prepare, when there really wasn't much that could be done. A phone call here, a little paperwork there--no big deal. It seemed like spring of 2012 would never come.

But now, I've started buying travel-sized toiletries. Testing out powdered drink packets to see what I like. Guessing what size luggage I'll need. Realizing that I need to go shopping for some suitable clothing, then forgetting to actually go. Stuffing random items in my backpack, preparing for this adventure.

One month from now, many of the unknowns that I've tossed around will be known. I'll know which airports we pass through, where I'll be sleeping, what my days will look like.

But one thing will still be unknown--what this trip will do to me. Will it crush my heart? Make me want to adopt half of the children I meet? Will I come face-to-face with my own selfishness, and be broken forever? Will this be a trip to remember because it was so unique, or because it rocked me to my core?

One month from now, I won't know just yet. But I will be closer.

To follow my journey, keep up with me at the following places:

You're gonna have to face it, you're addicted to...

I read this post over at chatting to the sky (love her!) and when I saw her photo of books, stacked several high, I thought, "That looks like my nightstand!" I left a tiny comment saying just that, and went on with my day.

I am addicted to books.

Then, today at work I took one of my magazines to peruse during break--one of the four magazines I'd lifted from our salon (I'm not a thief--we own it!) earlier this week. I started on it at breakfast, and brought it back at lunch.

Midday, I spotted a different magazine with a rendering of a modern-day Jesus on the cover, so I flipped through it instead of mine. Not finding anything that grabbed my attention, I pushed it aside and noticed yet another magazine on the table.  The cover of this one said "The Hyperaddictive, Time-Sucking, Relationship-Busting, Mind-Crushing Power and Allure of Silly Digital Games."

Again, I thought, "Hey! That's me!" (I am a little bit addicted to Facebook games.)

I read a bit of that lengthy article, but frankly those hyperaddictive, time-sucking games have also left me with the attention span of a gnat. I was bored, though mildly intrigued. I stuck the magazine in my bag to finish later (along with the others I already had) and went back to work.

Did I mention that I am also apparently addicted to magazines?

Then I started thinking-- could I be a word addict?

Stack of knee-high books by the bed? Grabbing every magazine in sight, like I owned it? On the internet constantly?

After a moment, I decided instead that I am an information addict. I will pick up almost anything--junk mail, sales flyers, and of course books and magazines.

Oh, and don't forget blogs. I won't even tell you how may unread posts taunt me from Google Reader.

I do have an addictive personality. I am one of the silly digital-games addicts, a coffee addict, a sugar addict, an email and internet addict ...I admit it. Guilty as charged.

What about you? What hyperaddictive tendencies do you have?

Hi there. Remember me? I used to blog here. It's been a while, but I think I'm ready to dip my toes back in the blogging waters, see if I should ease on in or just jump and get it over with.  So...

If you followed my posts before, you'll know that my blog name isn't the same up there in the title. Seems I have a commitment issue with blog names, but I think I finally found one that fits (even if the URL is already  taken--drat!)  Anyway, I started with "A Quest for Relevance," and at some point switched to "Pens and Needles." (Were there any others? I can't remember--maybe.)  Then I started entirely over on a new blog called "The Daily Do-Over," and now I'm back here, with a new name: Subject to Change.

"Subject to change" is certainly a theme for me these days. Here you have a girl who used to say, "God, please don't make me a missionary in Africa," who is now barely a month away from spending two weeks in Kenya on a medical mission trip.

Here is a girl who survives on tomato soup, chips, coffee and chocolate, yet just finished a 5K training plan and goes running -- on purpose.


Here is a girl who hasn't written anything longer than a status update in...well, a long time...who is thinking about NaNoWriMo and platform building.

Here is a girl whose perspective is changing in many ways, about work, home, life in general, and now, blogging. But, as always, that is Subject to Change... 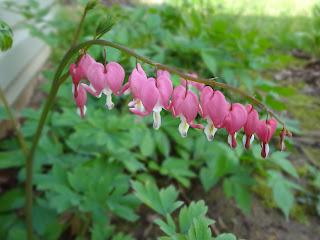 (Just a pretty shot of something else that's subject to change--the gorgeous bleeding hearts in my back yard, that will be gone before you know it.)