Down with the old man...

Well, he finally did it. Four years after asking Christ into his heart, my now-teenager got baptized last night! We don't have a church building yet, but we make do. Our hub of activity last night was "The Hub," our coffee shop that doubles as Command Center for our Student Ministry.

So many people had showed up that after only one song, we had to move outdoors to breathe! Luckily, there's an open area with a gazebo right next door, and that's where Pinnacle's version of a baptistry was. My parents were there, Michael's dad and other grandparents were there, and since his cousin Sammy was getting "dunked" too, her dad's family also joined the party.

Our Pastor gave a mini-sermon on baptism, and one more young lady decided to get baptized on the spot - AMEN!

Here's our Pastor Heath in black, and Associate Pastor/Student Pastor "Big O" in red (and the back of my mom's head :-)) 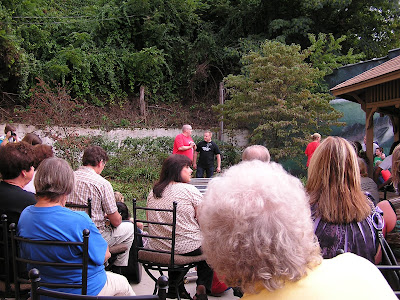 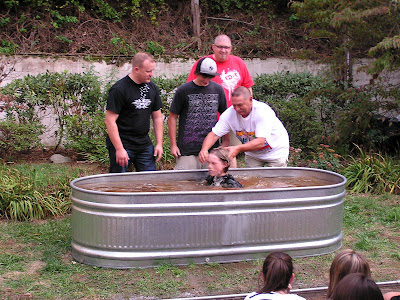 And cousin Sammy on her way up :-) 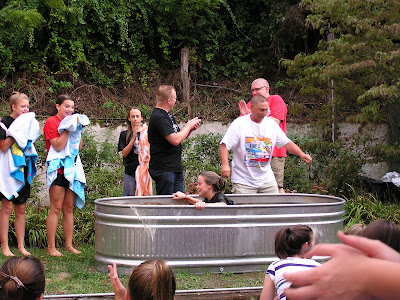 See the guy in white in both of those previous photos? That's their "Papaw Dan," who got the honors of taking both of those grandkids under. How cool is that?

Finally, here's a group shot of everyone (or almost) who got baptized. 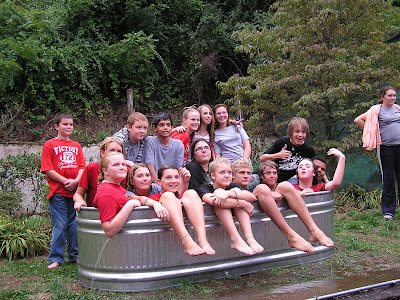 Bear in mind: we just had a churchwide baptism on our church property a few weeks ago and baptized some number in the teens that day. Now we had this many more! I dare say that God is moving among the youth of my church: wouldn't you agree??? :-)