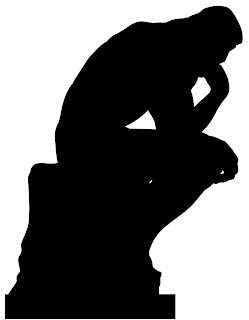 The beginning of a new year is always a time of reflection. We think back over the experiences of the last twelve months, and think ahead to the next. Something about changing the calendar gives us hope.

I told my husband that 2008 really wasn't all that. Nothing spectacular happened. No new house, promotions, or new babies (Thank the Lord for THAT one!) Nothing earth shattering. No big milestones. It was just an average year.

I almost felt convicted over making such a statement, and that got me thinking. What I discovered is that

So why did I think last year was just so-so?

Well, one was perspective. Now I realize how abundantly I was blessed in 2008. But at the same time, I still feel like 2008 could have been more.

What did I do for the kingdom of God? Did I make a difference? Did I grow spiritually? Did I do anything to make sure one day I hear, "Well done, good and faithful servant?"

Oh. That's where I feel kinda flat. I didn't lead a small group. I didn't write nearly as often (or as deeply) as I would have liked. I didn't share the gospel enough. Didn't teach my children enough. Was selfish often. Was negative alot. THAT list could go on and on, too!

Is it possible that God used me in ways that I don't even realize? Yes, and He probably did. But that doesn't change the fact that my nature likes to see tangible, measurable results. Like when you make a list, and can mark things off as they're completed.

Why yes, yes I did. And I'll be seeing lots of them this year! Pretty soon I'm going to need a list to keep up with all my lists.

Over the next few days, I'll be sharing the areas I want to improve this year. I don't call them resolutions. Plans? Goals? Maybe. Or something cheesy like "How to Shine in 2009!"

(Ugh. Somebody stop me!)

Anyway, in the meantime, now that we're 11 days into 2009, what kinds of things are you striving for this year?