'Twas time for the cookie swap and all through the night
I mixed and I stirred making tasty delights.

Wax paper was spread on the counter with care
awaiting the yummy goodies that would soon be there.

The children were nestled all snug in their beds (though they wouldn't stay there)while visions of accolades danced in my head.

I was in the kitchen, Dad was out for the night
and my pinwheel layers weren't turning out right.

There in the bowl I had not dough, but batter.
I needed to call Mom to see what was the matter.

Away to the phone I flew like a flash
hoping she'sd know how to rescue this batch...

Mom had made this recipe at Christmas before. We've never been very close, so I thought this would be a bonding moment, as I looked to her to help me carry on a "tradition" of hers.

"Hey mom. I'm making this pinwheels you make at Christmas for a cookie swap, and I have a question."

"Whatever they are, I'm making them and they're too runny. It's supposed to be like dough."

"Why are you making those? They never turned out right. I don't make those."

"Yes you did, mom. I remember them, and I thought they were good."

"Well, I only made them once or twice and I never liked how they turned out. Why don't you make..."

She did eventually offer a bit of sage kitchen knowledge. I added a little flour, rolled them out just a bit to see what would happen, and put them in the fridge overnight. 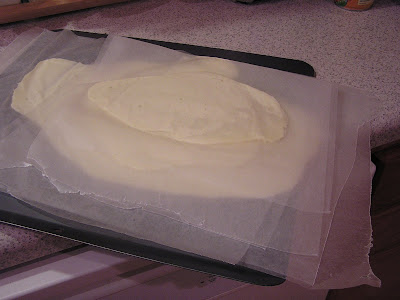 They set up a little. Enough to spread the peanut butter on them anyway. They sat all night after rolling, so I cut them this afternoon. They "melt" as they warm up. If they don't stay refrigerated, I'm afraid they'll just be a gooey, sticky mess. (*Sigh*) I'm hoping for the best...(another long, sad *Sigh*) 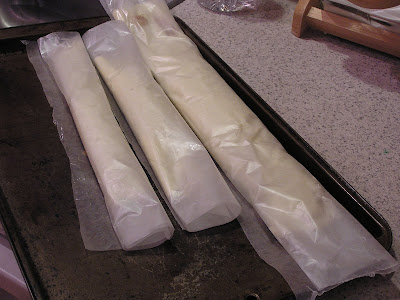 So I also decided to make these Christmas wreath treats that my ex-husband's aunt made every year. Those could have been my ENTIRE Christmas meal, and it would have been fine. YUM!

I have never made them before, but basically they're are rice krispy treats with corn flakes instead. Add green food coloring... 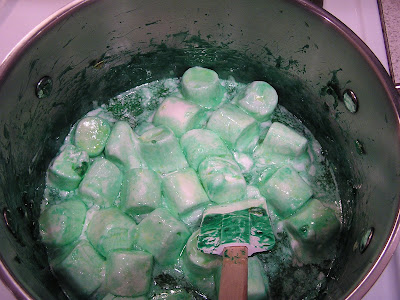 ...mold into wreaths (without turning yourself green or sticking to everything in the kitchen.) Add red dots and VOILA!! 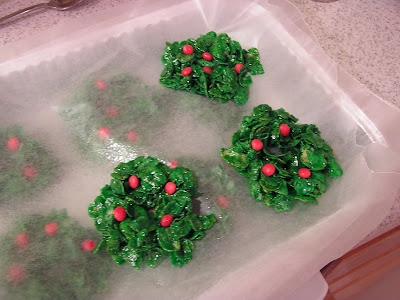 Of course they stuck to the wax paper I made them on :-(