So THAT'S how you use chopsticks! 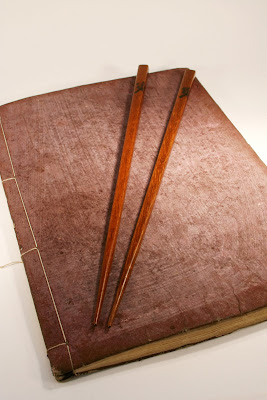 Thanks to a very generous client, Jeff took us out to a Japanese steakhouse tonight. We opted to dine by hibachi flames instead of sitting at a regular table. I was such a glutton! (I guess we all were.) But, I had enough left over for lunch tomorrow!

Anyway, the kids got the "easy" chopsticks with rubber bands on one end. Aaron used his on the salad and appeared to do pretty well. Eli decided to give it a shot. His chopsticks had been separated like for the grown-ups. He held them both for a few seconds, then he put one down. Holding the other one, he STABBED A PIECE OF CHICKEN WITH IT.

Yep, my baby is a genius. Why didn't I think of using chopsticks like that?